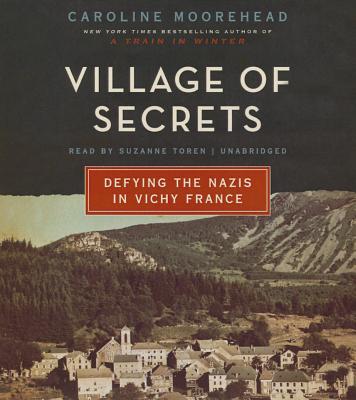 From the author of the New York Times bestseller A Train in Winter comes the absorbing story of a French village that helped save thousands hunted by the Gestapo during World War II-told in full for the first time.

Le Chambon-sur-Lignon is a small village of scattered houses high in the mountains of the Ardeche, one of the most remote and inaccessible parts of Eastern France. During the Second World War, the inhabitants of this tiny mountain village and its parishes saved thousands wanted by the Gestapo: resisters, Freemasons, communists, OSS and SOE agents, and Jews. Many of those they protected were orphaned children and babies whose parents had been deported to concentration camps.

With unprecedented access to newly opened archives in France, Britain, and Germany, and interviews with some of the villagers from the period who are still alive, Caroline Moorehead paints an inspiring portrait of courage and determination: of what was accomplished when a small group of people banded together to oppose their Nazi occupiers. A thrilling and atmospheric tale of silence and complicity, Village of Secrets reveals how every one of the inhabitants of Chambon remained silent in a country infamous for collaboration. Yet it is also a story about mythmaking and the fallibility of memory.

A major contribution to WWII history, Village of Secrets sets the record straight about the events in Chambon, and pays tribute to a group of heroic individuals, most of them women, for whom saving others became more important than their own lives.

This feature require that you enable JavaScript in your browser.
END_OF_DOCUMENT_TOKEN_TO_BE_REPLACED

This feature require that you enable JavaScript in your browser.
END_OF_DOCUMENT_TOKEN_TO_BE_REPLACED

This feature require that you enable JavaScript in your browser.
END_OF_DOCUMENT_TOKEN_TO_BE_REPLACED