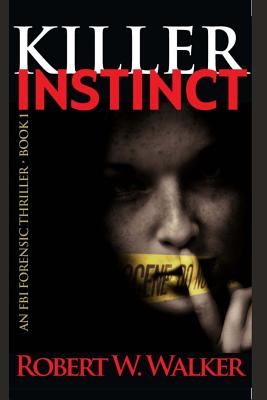 By Stephen Walker (Illustrator), Robert W. Walker
$17.95
usually available in 3-7 days
(This is a special order book which cannot be returned.)

DR. JESSICA CORAN A brilliant and determined FBI medical examiner, she was an expert student of the criminal mind who thought she could face anything. That was before Wisconsin. Before she saw one of his victims... THE VAMPIRE KILLER The FBI agent had a special code name for his unusual method of torture: Tort 9, the draining of the victims blood. The newspapers called him the Vampire-Killer. But his own twisted love letters were signed "Teach"... and were addressed to the one woman he wanted most of all: His hunter, his prey, Dr. Jessica Coran. (This book is first in Robert W. Walker's Instinct series. It was previously published in paperback. This ebook also features an excerpt of WHISKEY SOUR by J.A. Konrath.) About the Author Robert W. Walker is the author of more than forty thriller novels, including 11 books in the acclaimed INSTINCT series featuring FBI medical examiner Jessica Coran. Praise for Robert W. Walker "Masterful." -- Clive Cussler "Ingenious." -- San Francisco Examiner "Gruesome." -- The Sunday Oklahoman "Frightening." -- Midwest Book Review." "Bone-chilling." -- Publisher's Weekly "Perfect for Patricia Cornwell fans." -- Mystery Scene "Walker is a master at the top of his game." -- Joe Konrath.

New WORK this year - a record year for output as I have published here on Kindle in Feb. two titles: the 12th in my award-winning, highly acclaimed INSTINCT SERIES - The EDGE of INSTINCT (also bk.#5 in EDGE Series/combined ensemble casts, you see). In addition, to introduce new readers to my EIGHT separate series characters, I published a book of EIGHT short stories under title of THRILLER PARTY of 8 - The One That Got Away. Since two books put up in calendar year 2013 did not seem enough, I have now added in June a twisting, turning, churning, burning historical in the tradition of my Children of Salem meets Gone With The Wind entitled ANNIE'S WAR books #1 and #2 subtitled Love Amid the Ruins. Book #3 in this layered, complex pre-Civil War tale of the first home-grown terrorist attack on a US Armory in history, set in 1859 is through the eyes of the infamous John Brown? NO...through the eyes of his sexually active 17-year-old daughter. While it chronicles what happened at Harpers Ferry, Virginia, the dramatic novel is one foremost of love and romance at the forefront, and it devolves into a fierce gun battle. It reads like a western for good reason. If a fan of the recent Kevin Costner film on the Hatfields and the McCoys, this fits right in that ballpark...and in fact, I modeled my John Brown on Kostner's role as Devil Anse. The two men would have had a lot in common. Anse and Brown that is...not Costner. Book THREE of ANNIE's WAR will be published before end of June, so the entire trilogy, each at 2.99 will be available as will a hefty offering of the ENTIRE thee books in ONE kindle order for 5.99 - a real bargain. Counting Annie's Trilogy then in Calendar Year 2013 --so far-- I have completed and Kindled FIVE book-length works, Four being novels, One being Shorts, plus have shown up in three anthologies this year...and the year is only half over. There could be more! Meanwhile, my older titles are discussed below: My previous several novels have been Original to Kindle, exclusvie works. Most recent has been TITANIC 2012 - Curse of RMS Tttanic, a cross-genre, generational suspense thriller with an occult horror twist. It's a new theory, a theory that proves the innocence of the iceberg, ha!

This feature require that you enable JavaScript in your browser.
END_OF_DOCUMENT_TOKEN_TO_BE_REPLACED

This feature require that you enable JavaScript in your browser.
END_OF_DOCUMENT_TOKEN_TO_BE_REPLACED

This feature require that you enable JavaScript in your browser.
END_OF_DOCUMENT_TOKEN_TO_BE_REPLACED