The Red Fighter Pilot: The Story Of The Red Baron As Told By Manfred Von Richthofen Himself (Paperback) 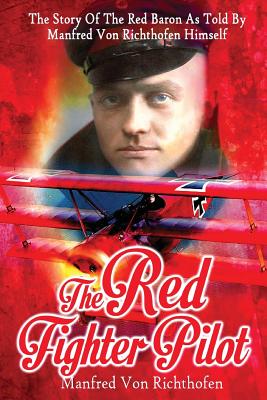 Manfred von Richthofen (2 May 1892 - 21 April 1918), was also widely known as the Legendary Red Baron, was a German fighter pilot with the Imperial German Army Air Service during World War I. He is considered the ace-of-aces of that war, being officially credited with 80 air combat victories, more than any other pilot. The Red Baron only wrote one book his "autobiography", Der rote Kampfflieger. This was written on the instructions of the The German Army Press and Intelligence (i.e. propaganda) section of the German Army Air Service. This illustrated book was writen just before he was killed and it details his meteoric rise from a calvalry men to one of the most well known fighter pilots of all time.

This feature require that you enable JavaScript in your browser.
END_OF_DOCUMENT_TOKEN_TO_BE_REPLACED

This feature require that you enable JavaScript in your browser.
END_OF_DOCUMENT_TOKEN_TO_BE_REPLACED

This feature require that you enable JavaScript in your browser.
END_OF_DOCUMENT_TOKEN_TO_BE_REPLACED