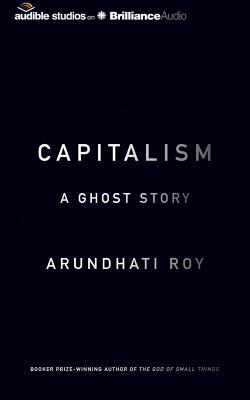 From the poisoned rivers, barren wells, and clear-cut forests, to the hundreds of thousands of farmers who have committed suicide to escape punishing debt, to the hundreds of millions of people who live on less than two dollars a day, there are ghosts nearly everywhere you look in India. India is a nation of 1.2 billion, but the country's 100 richest people own assets equivalent to one-fourth of India's gross domestic product.

Capitalism: A Ghost Story examines the dark side of democracy in contemporary India, and shows how the demands of globalized capitalism have subjugated billions of people to the highest and most intense forms of racism and exploitation.

This feature require that you enable JavaScript in your browser.
END_OF_DOCUMENT_TOKEN_TO_BE_REPLACED

This feature require that you enable JavaScript in your browser.
END_OF_DOCUMENT_TOKEN_TO_BE_REPLACED

This feature require that you enable JavaScript in your browser.
END_OF_DOCUMENT_TOKEN_TO_BE_REPLACED