A Bird in the Hand (Pan Heritage Classics) (Paperback) 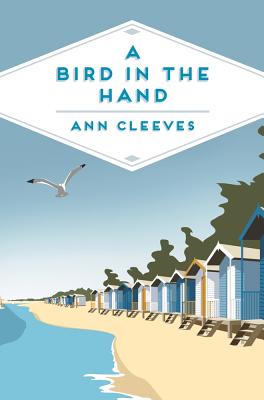 Young Tom French was found dead, lying in a marsh on the Norfolk coast, with his head bashed in and his binoculars still around his neck. One of the best birders in England, Tom had put the village of Rushy on the birdwatching map. Everyone liked him. Or did they? George Palmer-Jones, an elderly birdwatcher who decided quietly to look into the brutal crime, discovered mixed feelings aplenty. Still, he remained baffled by a deed that could have been motivated by thwarted love, pure envy, or something else altogether. But as he and his fellow "twitchers" flocked from Norfolk to Scotland to the Scilly Isles, in response to rumors of rare sightings, George—with help from his lovely wife, Molly—gradually discerned the true markings of a killer. All he had to do was prove it . . . before the murderer strikes again.

Ann Cleeves is the author of the bestselling Shetland Island series, which includes Raven Black, White Nights, and Cold Earth, and the Vera Stanhope series, which includes The Crow Trap. These series are the bases for the television shows Shetland (on Amazon) and Vera (on Hulu). She has written over 25 novels, and her books have sold over one million copies worldwide.

"Nobody does unsettling undercurrents better than Ann Cleeves." —Val McDermid

This feature require that you enable JavaScript in your browser.
END_OF_DOCUMENT_TOKEN_TO_BE_REPLACED

This feature require that you enable JavaScript in your browser.
END_OF_DOCUMENT_TOKEN_TO_BE_REPLACED

This feature require that you enable JavaScript in your browser.
END_OF_DOCUMENT_TOKEN_TO_BE_REPLACED