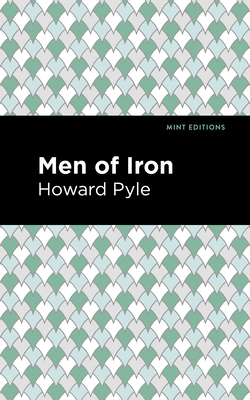 A quest for knighthood motivates Myles Falworth through rigorous training and dangerous jousting tournaments to confront a lifelong enemy and claim his true love.

Myles Falworth determines that the only way he can restore his family's honor, undo the false charge of treason placed against his blind father by the arrogant Earl of Alban, is to become a knight of noble standing and challenge the Earl to single combat. Men of Iron is a historical novel of the 15th century, a coming of age story, and a swashbuckling tale of revenge and redemption. The hero's hard training and challenges on the road to becoming a knight build toward his confrontation with the cruel Earl. This final showdown proves to be a sustained climax of suspense and violent action that will charge even the most jaded modern reader with excitement. The author's deep research can be seen in the book's authentic details and vivid period color and enhance the narrative without slowing the pace. First published in 1891, the novel was made into a 1954 film, The Black Shield of Falworth starring Tony Curtis as Myles Falworth.

With an eye-catching new cover, and professionally typeset manuscript, this edition of Men of Iron is both modern and readable.

This feature require that you enable JavaScript in your browser.
END_OF_DOCUMENT_TOKEN_TO_BE_REPLACED

This feature require that you enable JavaScript in your browser.
END_OF_DOCUMENT_TOKEN_TO_BE_REPLACED

This feature require that you enable JavaScript in your browser.
END_OF_DOCUMENT_TOKEN_TO_BE_REPLACED