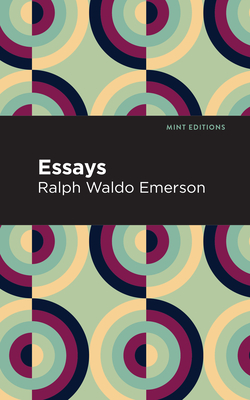 Ralph Waldo Emerson's essays and poems on the transcendental movement in the United States became some of the most important literary pieces in American History. In this culmination of essays, Emerson takes the reader through different forms of philosophies that attempt to explain the world and man's purpose within it.

Heavily vested in the philosophy of transcendentalism, though not one to label himself a true follower of the movement, Emerson believed that spirituality and wholeness were central to the ways in which humans could place themselves within nature. Essays by Ralph Waldo Emerson is a collection of integral works that paved the way for much influential literature to come, including, Louisa May Alcott, and Margaret Fuller.

With an eye-catching new cover and an informative note about the author, this edition of Essays by Ralph Waldo Emerson is both modern and readable.

This feature require that you enable JavaScript in your browser.
END_OF_DOCUMENT_TOKEN_TO_BE_REPLACED

This feature require that you enable JavaScript in your browser.
END_OF_DOCUMENT_TOKEN_TO_BE_REPLACED

This feature require that you enable JavaScript in your browser.
END_OF_DOCUMENT_TOKEN_TO_BE_REPLACED