What is art?: The Essence of Aesthetic (Paperback) 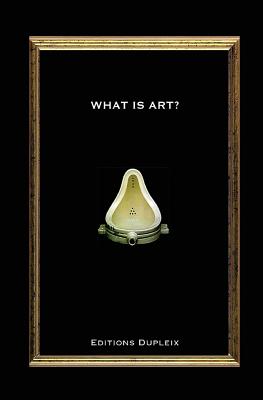 Benedetto Croce: A Case of International Misunderstanding "When I reached Naples and had the privilege of meeting and becoming acquainted with Benedetto Croce, (...) I can say that (...) Croce is the most democratic man I have ever met. Every evening his home was full of friends, both young and old, and no introduction was necessary to meet him. They would meet to discuss democratically the problems of the day, and to ask his advice in various fields of scholarship. He specifically criticizes the "aesthetic critics" who would judge a work of art in abstraction from history, thereby depriving it of its real meaning. In answer to the question of the whole history of a time is necessary for the aesthetic judgment of the art of that time, he answers: "It certainly is, because, as we know, poetic creation presupposes all the rest of the mind which it is converting into lyrical imagery, and the one aesthetic creation presupposes all the other creations (passions, feelings, customs, etc.) of the given historical moment." This is a recurrent theme in many of his writings, and it forms the conclusion of The Essence of Aesthetic. Croce's philosophy is important today because in a world in which cynicism, materialism, and utility dominate, it affirms its faith in the reality and efficacy of all basic human values. In aesthetics particularly he has defended the reality and autonomy of artistic activity against all the encroachments of science, economics, and morality, and he has fought the many perversions of philosophy into ideology and politics. He has succeeded, like Dewey, in making philosophy an active force in the guidance of human affairs. He calls his philosophy historism, which he defines as the doctrine that life and reality are history and nothing else but history, and operationally as "the creation of one's own art, thought, and action moving from the present consciousness of the past." Finally, Croce's philosophy may be designated a modern humanism, but it is a humanism with whose consequences even pragmatism can not disagree." - Frederic S. Simoni, Benedetto Croce, The Journal of Aesthetics and Art Criticism Vol. 11, No. 1 (Sep., 1952), pp. 7-14.

This feature require that you enable JavaScript in your browser.
END_OF_DOCUMENT_TOKEN_TO_BE_REPLACED

This feature require that you enable JavaScript in your browser.
END_OF_DOCUMENT_TOKEN_TO_BE_REPLACED

This feature require that you enable JavaScript in your browser.
END_OF_DOCUMENT_TOKEN_TO_BE_REPLACED