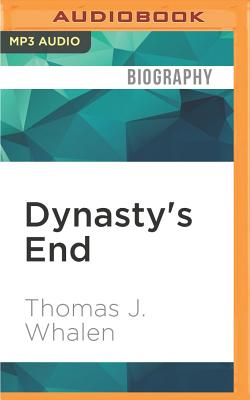 The Boston Celtics of the Bill Russell era were one of the greatest dynasties in sports history. During the 13 years that Hall of Fame center Russell dominated the court, the Celtics won 11 world championships, including an unprecedented eight straight between 1959 and 1966. In the 1968-69 season, the aging and injury-riddled team finished in fourth place during the regular season, and sportswriters predicted an early defeat in the playoffs. Against all odds, player-coach Russell and his squad rallied to beat the heavily-favored Philadelphia '76ers and New York Knicks, and captured the championship crown in a dramatic upset of Wilt Chamberlain, Elgin Baylor, Jerry West, and the Los Angeles Lakers in the closing seconds of the final game of the series. The following summer, Russell stunned the sports world by announcing his retirement, ending his and the Celtics' celebrated reign.

In this vivid and lively account, Thomas J. Whalen chronicles Russell's memorable last season and the Celtics' dazzling triumph. Set against the backdrop of the tumultuous 1960s and Boston's own turbulent and bitter struggles with race, he tells the fascinating story of how an improbable championship team overcame poor health, indifferent fans, disruptive personnel changes, and internal morale problems. Whalen recounts how Russell transformed the game of basketball during his remarkable career and revisits the outspoken superstar's conflicted relationship with Boston. He also tells why the Celtics, the first team to break several NBA color lines, failed to attract a loyal following among the city's largely white sports fanatics and press corps.

This feature require that you enable JavaScript in your browser.
END_OF_DOCUMENT_TOKEN_TO_BE_REPLACED

This feature require that you enable JavaScript in your browser.
END_OF_DOCUMENT_TOKEN_TO_BE_REPLACED

This feature require that you enable JavaScript in your browser.
END_OF_DOCUMENT_TOKEN_TO_BE_REPLACED