Press Coverage of the Persian Gulf War: Historical Perspectives and Questions of Policy Beyond the Shadow of Vietnam (Paperback) 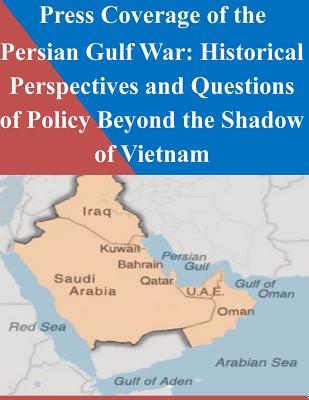 Widely held views of military-press relations in the United States rest upon an incomplete image of the past. This became overwhelmingly evident during the recent Gulf War with its generalizations about the experience of the Vietnam War. This book seeks to correct such failings through a brief discussion of the role the First Amendment guarantee of freedom of the press has played regarding U.S. national security interests, followed by a thorough description of military-press relations in the 19th and 20th centuries. (qhirf emphasis is upon American war since 1965, with an analysis of press policy both before and during the Gulf War.. It is shown that policy decisions have evolved from historical precedent and "lessons learned" from previous Wars. Moreover, preliminary review of the secondary literature suggests that there exists far more continuity in U.S. military press relations than is widely perceived in the body politic and among the press. The Vietnam case, most often portrayed as devoid of military press control, can be seen as an exception, rather than the rule. Further, the Sidle Commission as well as the experiences in Grenada in 1983 and Panama in 1989 reflect a backlash against the press policy of the Vietnam War. A close examination of USCENTCOM's public affairs guidance suggests that the makers of DOD and theater press policy fully understand the need to avoid the perceived mistakes of Vietnam as well as the requirement to argue the military's case in a forceful and persuasive manner. The public backlash against the electronic media in the Gulf War, coupled with the general affection felt in American hearts and minds for the professional military, suggests that present aggressive U.S. military policies toward the press will continue. The book concludes with an examination of those outstanding areas of policy that demand careful attention along with recommendations toward improving future military-press policy.

This feature require that you enable JavaScript in your browser.
END_OF_DOCUMENT_TOKEN_TO_BE_REPLACED

This feature require that you enable JavaScript in your browser.
END_OF_DOCUMENT_TOKEN_TO_BE_REPLACED

This feature require that you enable JavaScript in your browser.
END_OF_DOCUMENT_TOKEN_TO_BE_REPLACED