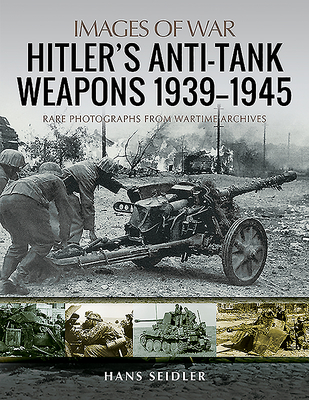 Hitler's Wehrmacht and SS units will be remembered for their aggressive 'Blitzkrieg' tactics. But, as the war progressed, the Germans, recognizing the offensive capability of armored warfare, developed an impressive range of anti-tank warfare weaponry and munitions.

Using many rare unpublished images this Images of War book covers the full Nazi anti-armor capability from the 3.7cm Pak 35, 5cm Pak 38 and 7.5cm Pak 40 to the versatile 8.8cm Flak feared by the Allies. Also featured are the half-tracks and converted Panzers that pulled or mounted these weapons and carried forward observers and reconnaissance elements.

Later hand-held anti-tank weapons came into service and were effective and economic against Allied armor. The Panzerfaust, with its shaped charge warhead, became the first disposable anti-tank weapon in history.

This comprehensive book shows this formidable range of weapons in action from Poland in 1939, through North Africa and the Eastern Front to the final collapse in 1945.

This feature require that you enable JavaScript in your browser.
END_OF_DOCUMENT_TOKEN_TO_BE_REPLACED

This feature require that you enable JavaScript in your browser.
END_OF_DOCUMENT_TOKEN_TO_BE_REPLACED

This feature require that you enable JavaScript in your browser.
END_OF_DOCUMENT_TOKEN_TO_BE_REPLACED