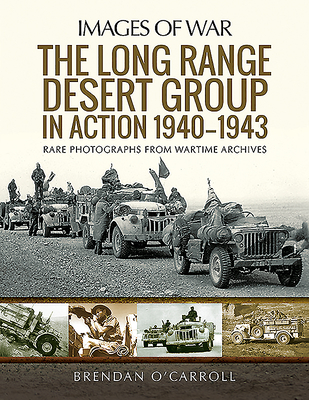 The Long Range Desert Group has a strong claim to the first Special Forces unit in the British Army. This superbly illustrated history follows the LRDG from its July 1940 formation as the Long Range Patrol in North Africa, tasked with intelligence gathering, mapping and reconnaissance deep behind enemy lines. Manned initially by New Zealanders, in 1940 the unit became the LRDG with members drawn from British Guards and Yeomanry regiments and Rhodesians.

So successful were the LRDG patrols, that when the Special Air Service were formed, they often relied on their navigational and tactical skills to achieve their missions.

After victory in North Africa the LRDG relocated to Lebanon before being sent on the ill-fated mission to the Dodecanese Islands in the Aegean.

Serving independently, when the Germans overwhelmed and captured the British garrisons, many LRDG personnel escaped using their well-honed skills.

Many images in this, the first pictorial history of the LRDG, were taken unofficially by serving members. The result is a superb record of the LRDG's achievements, the personalities, their weapons and vehicles which will delight laymen and specialists alike.

This feature require that you enable JavaScript in your browser.
END_OF_DOCUMENT_TOKEN_TO_BE_REPLACED

This feature require that you enable JavaScript in your browser.
END_OF_DOCUMENT_TOKEN_TO_BE_REPLACED

This feature require that you enable JavaScript in your browser.
END_OF_DOCUMENT_TOKEN_TO_BE_REPLACED