From Day to Day: The Concentration Camp Diary of Odd Nansen (Paperback) 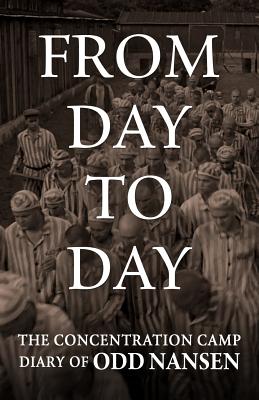 From Day to Day, first published in 1949, by Norwegian architect Odd Nansen (son of explorer Fridtjof Nansen), is a meticulous account of his 40 month-long imprisonment by the Nazis during World War Two. During his captivity, Nansen kept a secret diary, first in Norway, then in Sachsenhausen and other concentration camps in Germany. Nansen's diary provides one of the most detailed descriptions of the German concentration camp system ever published. Camp routines, the brutalities, executions, inefficiencies, and the gradual worsening of living conditions in the camp are vividly described, as are the stresses and indignities imposed on the human will to survive. By means of his diaries and letters to and from his family in Norway, Nansen was able to maintain a semblance of dignity and humanity in the face of the unspeakably vile conditions he experienced. Included are 47 drawings prepared by the author during his confinement. Following the war, Nansen returned to Norway where he resumed his architectural career, while also starting several humanitarian efforts. He was the president of 'One World' from 1947 to 1956 and is considered a co-founder of UNICEF. Nansen passed away in 1973 at the age of 72.

This feature require that you enable JavaScript in your browser.
END_OF_DOCUMENT_TOKEN_TO_BE_REPLACED

This feature require that you enable JavaScript in your browser.
END_OF_DOCUMENT_TOKEN_TO_BE_REPLACED

This feature require that you enable JavaScript in your browser.
END_OF_DOCUMENT_TOKEN_TO_BE_REPLACED