Collateral Damage: Britain, America, and Europe in the Age of Trump (Hardcover) 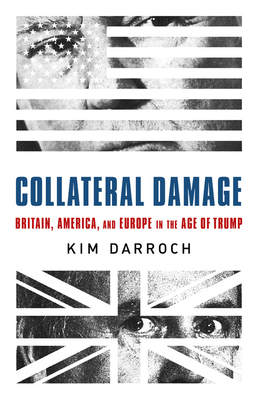 One of the UK's most experienced and respected diplomats reveals the inside story behind his resignation—and his perspective on the challenges of Brexit and the Trump White House.

"@realDonaldTrump: The wacky ambassador that the UK foisted on the United States is not someone we are thrilled with, a very stupid guy . . . We will no longer deal with him."

Kim Darroch is one of the UK's most experienced and respected diplomats, and this unvarnished, behind-the-scenes account will reveal the inside story behind his resignation; describe the challenges of dealing with the Trump White House; and offer a diplomat's perspective on Brexit, and how it looked to Britain's closest ally.

Darroch was the British Ambassador to the US as the age of Trump dawned and Brexit unfolded. He explains why the British embassy expected a Trump victory from as early as February 2016, what part every key figure—from Steve Bannon to Sarah Sanders—has played in Trump's administration, and what balanced policy makers on both sides of the Atlantic should consider during this era of seismic change and populist politics.

A riveting account from the best-informed insider, Collateral Damage charts the strangest and most convulsive period in the recent history of Britain and the US—and shows how thirty months threatened to overturn three centuries of history.

Kim Darroch, Baron Darroch of Kew, was appointed British Ambassador to the US in 2015. He resigned in 2019 after a series of cables containing unflattering descriptions of President Trump were leaked to a nineteen-year-old freelance journalist and Brexit Party employee and made public. Darroch received a life peerage in November 2019 and began teaching at Harvard in the Spring of 2020.

This feature require that you enable JavaScript in your browser.
END_OF_DOCUMENT_TOKEN_TO_BE_REPLACED

This feature require that you enable JavaScript in your browser.
END_OF_DOCUMENT_TOKEN_TO_BE_REPLACED

This feature require that you enable JavaScript in your browser.
END_OF_DOCUMENT_TOKEN_TO_BE_REPLACED