Unopened Doors: The True Story of Surviving a Killer (Paperback) 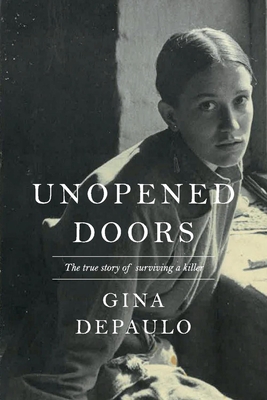 Author Gina DePaulo led a quiet, orderly life until a mugging concussion reignited vivid memory visions of an older, far more frightening, crime. Back in 1969, an unknown man abducted her, seemingly intending to kill her. With the help of renowned cold case investigator, Paul Holes, Gina hoped to discover the identity of the long-ago would-be killer. On the hunt for the mystery man, she traveled down a shadowy road full of past serial killers, inept detectives and girls gone mysteriously missing in the area of the old crime. As each disturbing facet of the investigation was revealed, it generated not only more memories of the 1969 crime, but also persistent recollections of Gina's early family life as the sorrow, joys and secrets of her childhood spilled out. She soon sensed that her troubled home was somehow woven into the untangling and healing of the old crime. It became clear, despite the remarkable work of Paul Holes, it was still up to her alone to make sense of the disparate pieces and to finally open the long-hidden doors of her past.

Unopened Doors is Gina DePaulo's impressive, debut true-crime publication. She has both studied and worked in the criminal justice field, which gives her a natural understanding of true crime and the investigative process. However, in more recent years, Gina owned her own wedding floral business, which she has now retired from. Currently Gina is devoting her time to writing and enjoying family. She lives with her husband in the Northern California Bay Area.

"Gina DePaulo's true crime memoir, Unopened Doors, is gripping! From start to finish. DePaulo's writing is clear and taut, yet beautifully descriptive, possibly the greatest attribute for an author! The echo's and subtle connections between the parallel narratives is highly effective. I also enjoyed DePaulo's use of metaphors that held subtle resonant themes throughout. A most wonderful read!" —Misha Glenny, author of McMafia, Dark Market, Nemesis and other works

"Part true-crime, part whodunnit, part memoir, Unopened Doors takes us into DePaulo's terrifying encounter with evil as a young woman and her determination, years later, to confront and overcome that evil. With the help of renowned cold case specialist, Paul Holes, DePaulo goes on a harrowing, but ultimately, triumphant journey into her past where memory and trauma intersect and where healing is finally possible. Told in DePaulo's distinctive poetic voice, Unopened Doors is both a triumph of storytelling and a triumph of spirit." —Zoe Fitzgerald Carter, author of Imperfect Endings


"I believe Gina made certain instinctual decisions during her attack that guided how she interacted with a killer that may have saved her life, allowing her to share her fascinating and compelling story today." —Paul Holes, Cold Case Investigator (ret)

This feature require that you enable JavaScript in your browser.
END_OF_DOCUMENT_TOKEN_TO_BE_REPLACED

This feature require that you enable JavaScript in your browser.
END_OF_DOCUMENT_TOKEN_TO_BE_REPLACED

This feature require that you enable JavaScript in your browser.
END_OF_DOCUMENT_TOKEN_TO_BE_REPLACED