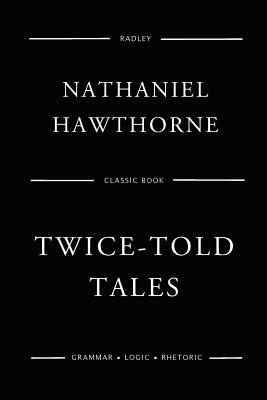 By Nathaniel Hawthorne
$24.99
usually available in 3-7 days
(This is a special order book which cannot be returned.)

Nathaniel Hawthorne (1804 -1864) was an American novelist, Dark Romantic, and short story writer. He was born in 1804 in Salem, Massachusetts, to Nathaniel Hathorne and the former Elizabeth Clarke Manning. His ancestors include John Hathorne, the only judge involved in the Salem witch trials who never repented of his actions. Nathaniel later added a "w" to make his name "Hawthorne" in order to hide this relation. He entered Bowdoin College in 1821, was elected to Phi Beta Kappa in 1824, and graduated in 1825. Hawthorne published his rst work, a novel titled Fanshawe, in 1828; he later tried to suppress it, feeling it was not equal to the standard of his later work. He published several short stories in periodicals, which he collected in 1837 as Twice-Told Tales. The critic Harold Bloom has opined that only Henry James and William Faulkner challenge Hawthorne's position as the greatest American novelist, although he admits that he favors James as the greatest American novelist. Bloom sees Hawthorne's greatest works to be principally The Scarlet Letter, followed by The Marble Faun and certain short stories, including "My Kinsman, Major Molineux", "Young Goodman Brown", "Wake eld", and "Feathertop".This classic title has been published by RADLEY BOOKS. Each RADLEY CLASSIC is a meticulously restored, luxurious and faithful reproduction of a classic book; produced with elegant text layout, clarity of presentation, and stylistic features that make reading a true pleasure. Special attention is given to legible fonts and adequate letter sizing, correct line length for readability, generous margins and triple lead (lavish line separation); plus we do not allow any mistakes/changes/additions to creep into the author's words.Visit RADLEY BOOKS at www.radleybooks.com (or search RADLEY CLASSIC on Amazon) to see more classic book titles in this series.

This feature require that you enable JavaScript in your browser.
END_OF_DOCUMENT_TOKEN_TO_BE_REPLACED

This feature require that you enable JavaScript in your browser.
END_OF_DOCUMENT_TOKEN_TO_BE_REPLACED

This feature require that you enable JavaScript in your browser.
END_OF_DOCUMENT_TOKEN_TO_BE_REPLACED