The Riddle of the Sands: A Record of Secret Service Recently Achieved (Paperback) 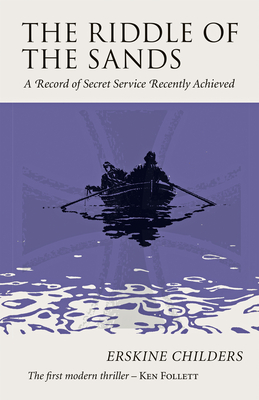 The Riddle of the Sands set the mold for the contemporary spy novel. Yet its agents are far from typical. Our heroes here are former Oxford pals Charles Carruthers, a minor official in the British Foreign Office, and Arthur Davies, an yachtsman who doesn't appear to have any formal profession apart from exploring obscure coasts and sandbanks, with a penchant for chucking his belongings overboard and running aground on purpose. Even as the standard sailing season comes to a close, and the cold of October approaches, Carruthers agrees to join Davies for a bit of sailing and duck hunting on the Frisian Coast of the North Sea. Far from the luxurious cruise Carruthers has in mind, shortly after his arrival, Davies explains that a man made a covert attempt on his life. He requires the help of Carruthers's quick wit and native-level fluency in German to determine why. Together, the two unravel a subtle and shocking plot against the nation they hold dear.
Immensely popular in the years leading up to World War I, The Riddle of the Sands is a precisely drawn and geographically accurate adventure that, in addition to its captivating narrative, rich characters, and salty nautical details, was totally realistic, and prophetic in its exposure of British naval weaknesses. In fact, it was perceived as so accurate in its portrayal of the German naval threat and to England's vulnerability that it influenced the placement of multiple naval bases by Winston Churchill after its publication.

This feature require that you enable JavaScript in your browser.
END_OF_DOCUMENT_TOKEN_TO_BE_REPLACED

This feature require that you enable JavaScript in your browser.
END_OF_DOCUMENT_TOKEN_TO_BE_REPLACED

This feature require that you enable JavaScript in your browser.
END_OF_DOCUMENT_TOKEN_TO_BE_REPLACED