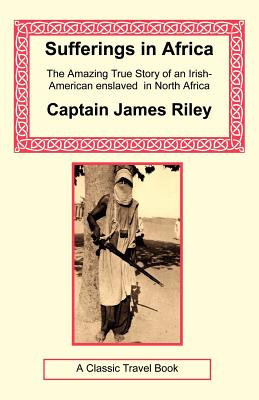 He was used to adventure. He was used to the high seas. He was Captain James Riley, American seaman and independent businessman bound for Europe in 1815. He never made it Instead the young sea captain and his crew were shipwrecked off the coast of Muslim-controlled Morocco. The sea salt was still wet in their hair when the battered survivors were pounced upon by local natives, ensnared, enchained, and marched off into the horrors of African slavery. Riley's narrative reads like fiction but is based on solid fact. Most of his men died. A few were separated and sold into the interior of the continent, never to be seen again. He was the first American to venture near the legendary Timbuctoo. Yet the conditions were so barbaric, the food so scanty, and the beatings so regular that Riley dropped from 240 down to 90 pounds After many desperate ordeals, the American sailor and a handful of his men were ransomed by a sympathetic English merchant who had learned of their plight. Upon his return to the United States, Riley penned "Sufferings in Africa," which went on to become America's first best-seller, reportedly selling more than a million copies through various editions. Yet "Sufferings in Africa" is much more than just an adventure travel classic. In a time when the United States was grappling with the thorny issue of slavery within her own borders, Riley's startling book told a tale of "Uncle Tom's Cabin" in reverse. Here was a story of Caucasian Americans under the whip and in the chains that held millions of Black Americans at the same time. Scholars are currently researching clues that this deservedly famous book was read by a young Abraham Lincoln, and thus helped seal his own heart against slavery. A classic story of endurance and bravery then, this important American book remains as fresh today as the day it was first released.

This feature require that you enable JavaScript in your browser.
END_OF_DOCUMENT_TOKEN_TO_BE_REPLACED

This feature require that you enable JavaScript in your browser.
END_OF_DOCUMENT_TOKEN_TO_BE_REPLACED

This feature require that you enable JavaScript in your browser.
END_OF_DOCUMENT_TOKEN_TO_BE_REPLACED