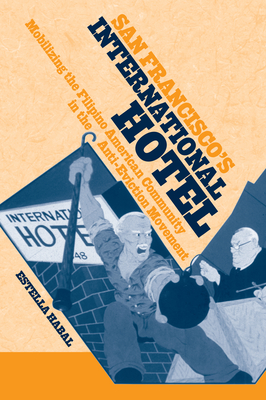 The struggle to save the International Hotel and prevent the eviction of its elderly residents became a focal point in the creation of the contemporary Asian American movement, especially among Filipinos.a Like other minorities who were looking for positive models in their past to build an identity movement, Filipino youth found their roots in the stories and lives of the manongs (respected elders), and the anti-eviction movement became a key site for the formation of a distinct Filipino American consciousness. Estella Habal, a student activist during the anti-eviction protests, relates this historya within the context of the broader left politics of the era, the urban housing movement, and San Francisco city politics.a Ultimately, the hotel was razed, but a new one now occupies the site and commemorates the residents and activists who fought for low-income housing for the elderly and their right to remain in their own community.

Estella Habal is Assistant Professor of Asian American Studies, San Jose State University, and a member of the Board of Directors, Manilatown Heritage Foundation.

This feature require that you enable JavaScript in your browser.
END_OF_DOCUMENT_TOKEN_TO_BE_REPLACED

This feature require that you enable JavaScript in your browser.
END_OF_DOCUMENT_TOKEN_TO_BE_REPLACED

This feature require that you enable JavaScript in your browser.
END_OF_DOCUMENT_TOKEN_TO_BE_REPLACED