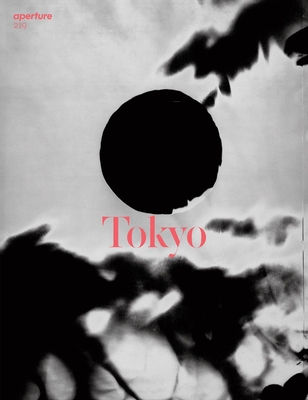 This is book number 219 in the Aperture Magazine series.

The vital role of Tokyo at the center of Japanese photography. This edition of Aperture, researched on-site in Tokyo, features a selection of vital contemporary work, while exploring Tokyo's role in narratives of Japanese photography. The issue includes interviews with established Japanese photographers, articles on the history of photography in Japan, and portfolios by contemporary artists whose work is unknown in the United States. In the Words section, critic Noi Sawaragi and novelist Hideo Furukawa consider the unique character and history of the city in relation to image-making; Ivan Vartanian looks through the pages of popular technical and erotically minded magazines of the '60s, '70s, and '80s to reveal some of the most significant photography produced during those decades; curator Yasufumi Nakamori examines how artists in the late 1960s, working against a backdrop of social upheaval and anxiety about the future, began to experiment with photography and make radical shifts in the art of the period; and scholar Franz Prichard introduces Takuma Nakahira, a key figure in the story of Japanese photography whose contributions remain relatively unknown outside Japan. In the Pictures section, curator Matthew S. Witkovsky revisits Takuma Nakahira's landmark 1971 Paris Biennale photo-installation; Nobuyoshi Araki's new Polaroid collages; Takashi Homma's new camera obscura urbanscapes; Cozue Takagi's vibrant, collaged images; Dan Abbe on rising star Daisuke Yokota's enigmatic photographs that focus on the image's tactile surface; curator Niwa Harumi on Issei Suda's documentation of traditional folk traditions and stylish characters in 1970s Tokyo; Mayumi Hosokura's formal studies of nudes and natural forms; Lesley A. Martin on Rinko Kawauhchi's never-before-published series of landscapes made in Japan and abroad; Andrew Maerkle on Naoya Hatakeyama's Tracing Lines series, focusing on one of Tokyo's major thoroughfares; and historian Ryuichi Kaneko in conversation with Kikuji Kawada, the celebrated octogenarian post-war photographer.

This feature require that you enable JavaScript in your browser.
END_OF_DOCUMENT_TOKEN_TO_BE_REPLACED

This feature require that you enable JavaScript in your browser.
END_OF_DOCUMENT_TOKEN_TO_BE_REPLACED

This feature require that you enable JavaScript in your browser.
END_OF_DOCUMENT_TOKEN_TO_BE_REPLACED