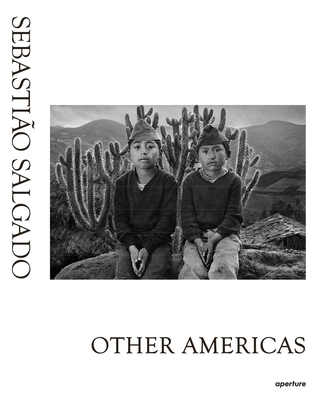 The first edition of Sebasti o Salgado: Other Americas was published in 1985 by the French publisher Contrejour, and included photographs from Salgado's numerous trips through Brazil, Ecuador, Bolivia, Peru, Guatemala and Mexico. The Brazil-born, Paris-based photographer traveled extensively in Latin America between 1977 and 1984 to document the shifting religious and political climate in the region, especially as reflected in Latin America's rural cultures and traditional lifestyles. Other Americas, Salgado's first photobook, included portraits of farmers and indigenous people, landscapes and pictures of the region's spiritual traditions. An instant classic, the book received countless awards and prizes and has been called the visual equivalent to the magic of a Gabriel Garc a M rquez tale. This new edition of Other Americas, an English-language reissue of the 1985 Contrejour edition, brings back into print one of the most powerful visions of life in Central and South America ever recorded.

This feature require that you enable JavaScript in your browser.
END_OF_DOCUMENT_TOKEN_TO_BE_REPLACED

This feature require that you enable JavaScript in your browser.
END_OF_DOCUMENT_TOKEN_TO_BE_REPLACED

This feature require that you enable JavaScript in your browser.
END_OF_DOCUMENT_TOKEN_TO_BE_REPLACED