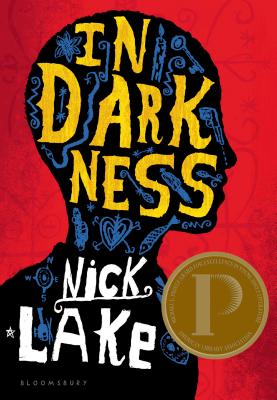 Bloomsbury is proud to be the global publisher of In Darkness, a stunning tour-de-force set in the aftermath of a devastating earthquake. "Shorty" is a Haitian boy trapped in the ruins of a hospital when the earth explodes around him. Surrounded by lifeless bodies and growing desperately weak from lack of food and water, death seems imminent. Yet as Shorty waits in darkness for a rescue that may never come, he becomes aware of another presence, one reaching out to him across two hundred years of history. It is the presence of slave and revolutionary leader Toussaint L'Ouverture, whose life was marred by violence, and whose own end came in darkness. What unites a child of the slums with the man who would shake a troubled country out of slavery? Is it the darkness they share . . . or is it hope?

Raw, harrowing, and peopled with vibrant characters, In Darkness is an extraordinary book about the cruelties of man and nature, and the valiant, ongoing struggle for a country's very survival.

Nick Lake was born in Britain but grew up in Luxembourg, where his father worked for the European Parliament. Nick works in publishing by day and writes in every spare moment he can find. In 2012, his powerful and moving novel In Darkness, about the Haitian earthquake, was published for adults and older teenagers, receiving huge acclaim. Hostage Three is his very different but equally powerful new novel for teenagers.

Nick lives near Oxford with his wife and family. His long commute to work gives his imagination time to explore places he's never visited.

“A vivid and unforgettable voice ... incredibly moving.” —The Times

“Both violent and subtle, unexpectedly reminding me of The Wire. Characters, settings, and the half-believed Haitian vodou religion are handled with patience and complexity ... A serious, nuanced, challenging novel. Trust me, there are plenty of young readers who hunger for exactly that.” —Patrick Ness, Guardian

“Remarkable ... Lake's elegant, restrained prose and distinct characters will reward adults and older teenagers able to brave a story with strong language, harrowing scenes of brutality and an almost painful stab of joy at the end.” —Wall Street Journal

This feature require that you enable JavaScript in your browser.
END_OF_DOCUMENT_TOKEN_TO_BE_REPLACED

This feature require that you enable JavaScript in your browser.
END_OF_DOCUMENT_TOKEN_TO_BE_REPLACED

This feature require that you enable JavaScript in your browser.
END_OF_DOCUMENT_TOKEN_TO_BE_REPLACED