Mulan: The Story of the Legendary Warrior Told in English and Chinese (Paperback) 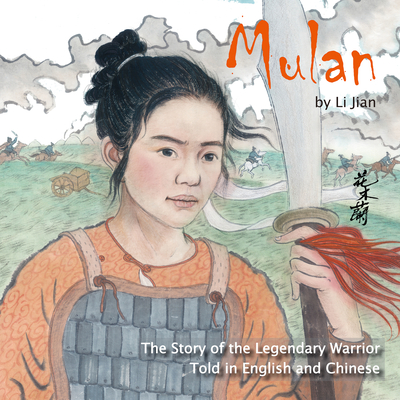 From China-based publisher Shanghai Press, this book recounts the legend of Mulan and her bravery through beautiful Chinese ink paintings.

Though we all know the beloved Disney retelling, the original story of Mulan comes from a folktale from China's Northern Dynasty (439–589) about the unusual tale of an ordinary girl named Fa Mulan.

One day, the government drafted Mulan's father into the army. However, he was too old. Mulan didn't have an older brother and the younger one was not old enough to be a soldier, so she decided to disguise herself as a man and joined the army in place of her father, hoping her secret wouldn't be exposed.

Her excellent martial arts skills always put her on the front lines of every battle. During the 12 years she was in the army, she made great contributions and won admiration from her unit of soldiers.

After the war, the emperor honored generals and soldiers, rewarding them with status and money; Mulan didn't care about either. All she wanted was a horse to take her home as soon as possible. Once home, Mulan changed her armor into a dress and fixed her hair in an elegant hairstyle. She came out and thanked her unit for accompanying her home. It's safe to say, she had fooled them all.

This feature require that you enable JavaScript in your browser.
END_OF_DOCUMENT_TOKEN_TO_BE_REPLACED

This feature require that you enable JavaScript in your browser.
END_OF_DOCUMENT_TOKEN_TO_BE_REPLACED

This feature require that you enable JavaScript in your browser.
END_OF_DOCUMENT_TOKEN_TO_BE_REPLACED