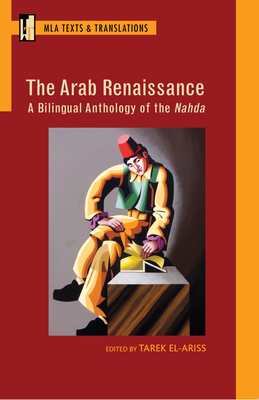 The Nahda ("awakening") designates the project of Arab cultural and political modernity from the early nineteenth to the early twentieth century. Arab models of nationalism and secularism, as well as Islamic revival, spring from Nahda thought and its attendant developments, such as linguistic reform; translation; the emergence of new literary genres, such as the novel; the creation of periodicals, journalism, and a new publishing industry; professional associations and salons; a new education system; and an overall Enlightenment ideal of knowledge. The Nahda ushered in innovative modes of reading and writing along with new social practices of knowledge transmission, transnational connections, and new political ideas. Collected in this anthology are texts by intellectuals, writers, members of the clergy, and political figures. The authors discuss authority, social norms, conventions and practices both secular and religious, gender roles, class, travel, and technology. Presented in the original Arabic and in English translation, the texts will be of interest to students of the Arabic language and culture, history, cultural studies, gender studies, and other disciplines.

Tarek El-Ariss is associate professor of Arabic and comparative literature at the University of Texas, Austin. He is the author of Trials of Arab Modernity: Literary Affects and the New Political (2013) and an associate editor of the Journal of Arabic Literature.

This feature require that you enable JavaScript in your browser.
END_OF_DOCUMENT_TOKEN_TO_BE_REPLACED

This feature require that you enable JavaScript in your browser.
END_OF_DOCUMENT_TOKEN_TO_BE_REPLACED

This feature require that you enable JavaScript in your browser.
END_OF_DOCUMENT_TOKEN_TO_BE_REPLACED