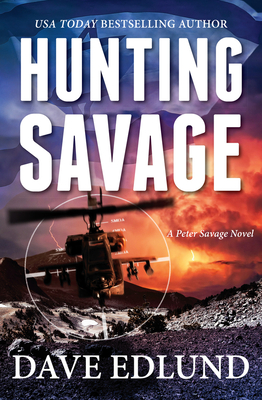 “With a hero full of grit and determination, this action-packed, timely tale is required reading for any thriller aficionado.” — Steve Berry, New York Times and #1 international bestselling author of The 14th Colony, a Cotton Malone novel

When an unthinkable act of treason and a clandestine pact threaten to redraw the map of the Middle East, Peter Savage becomes both hunter and prey.

A free-lance hacker uncovers top-secret files about a government cover-up surrounding the 1967 Six-Day War and triggers a murderous rampage at a resort town in Central Oregon. When the files inadvertently land in the possession of Peter Savage, he is targeted by assassins from both sides of the Atlantic and implicated in murders he didn’t commit. As the body count rises and with nowhere to turn, Savage makes a desperate decision: he draws his pursuers to the Cascade Mountains, where he plans to leverage the harsh terrain to his advantage. Doggedly trailed by both law enforcement and a small army of battle-hardened assassins, Savage becomes both hunter and prey. With his own fate uncertain, Peter Savage fights overwhelming odds to reveal the truth before full-scale war engulfs the Middle East.

"I would follow Peter Savage into any firefight." -James Rollins, New York Times bestseller of The Demon Crown

Dave Edlund is the USA Today bestselling author of the award-winning Peter Savage series and a graduate of the University of Oregon with a doctoral degree in chemistry. He resides in Bend, Oregon, with his wife, son, and four dogs (Lucy Liu, Murphy, Tenshi, and Diesel). Raised in the California Central Valley, he completed his undergraduate studies at California State University Sacramento. In addition to authoring several technical articles and books on alternative energy, he is an inventor on 97 U.S. patents. An avid outdoorsman and shooter, Edlund has hunted North America for big game ranging from wild boar to moose to bear. He has traveled extensively throughout China, Japan, Europe, and North America.

“With a hero full of grit and determination, this action-packed, timely tale is required reading for any thriller aficionado.”  —Steve Berry, New York Times and #1 international bestselling author

This feature require that you enable JavaScript in your browser.
END_OF_DOCUMENT_TOKEN_TO_BE_REPLACED

This feature require that you enable JavaScript in your browser.
END_OF_DOCUMENT_TOKEN_TO_BE_REPLACED

This feature require that you enable JavaScript in your browser.
END_OF_DOCUMENT_TOKEN_TO_BE_REPLACED