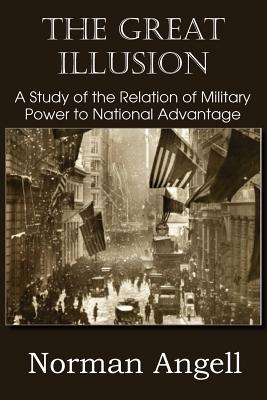 That American interest in the problems here discussed is hardly less vital than that of Europe I am even more persuaded than when the first American edition of this book was issued in 1910. It is certain that opinion in America will not be equipped for dealing with her own problems arising out of her relations with the Spanish American states, with Japan, with the Philippines, unless it has some fair understanding of the principles with which this book deals. Its general interest even goes farther than this: no great community like that of modern America can remain indifferent to the drift of general opinion throughout the world on matters wrapped up with issues so important as those of war and peace. That the tangible commercial and business interests of America are involved in these European events is obvious from the very factors of financial and commercial interdependence which form the basis of the argument. That the interests of Americans are inextricably, if indirectly, bound up with those of Europe, has become increasingly clear as can be proved by the barest investigation of the trend of political thought in this country.

This feature require that you enable JavaScript in your browser.
END_OF_DOCUMENT_TOKEN_TO_BE_REPLACED

This feature require that you enable JavaScript in your browser.
END_OF_DOCUMENT_TOKEN_TO_BE_REPLACED

This feature require that you enable JavaScript in your browser.
END_OF_DOCUMENT_TOKEN_TO_BE_REPLACED