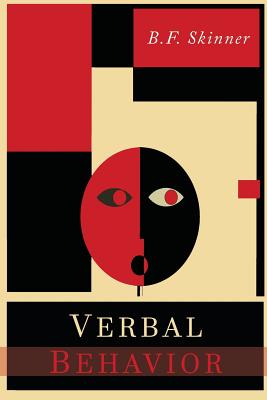 By B. F. Skinner
Email or call for price.

2015 Reprint of 1957 Edition. Full facsimile of the original edition. Not reproduced with Optical Recognition Software. The significance of this work was grasped immediately. Osgood wrote that "Verbal Behavior is certainly one of the two or three most significant contributions to this field in our time." (Osgood, 1958, p. 212). Morris wrote that "Skinner is both elegant and admirable (Morris, 1958, p. 213.) Both predicted a promising future for the book and such did turn out to be the case. Over more than half a century after its initial publication in 1957, "Verbal Behavior" has remained in demand and continues to be relevant. The documented efficacy of Skinner's practices, especially with autism, has assured its relevance. His functional analysis of language continues to inform contemporary research in the field of linguistics. Contents: A functional analysis of verbal behavior -- General problems -- The mand -- Verbal behavior under the control of verbal stimuli -- The tact -- Special conditions affecting stimulus control -- The audience -- The verbal operant as a unit of analysis -- Multiple causation -- Supplementary stimulation -- New combinations of fragmentary responses -- The autoclitic -- Grammar and syntax as autoclitic processes -- Composition and its effects -- Self-editing -- Special conditions of self-editing -- Self-strengthening of verbal behavior -- Logical and scientific verbal behavior -- Thinking.

This feature require that you enable JavaScript in your browser.
END_OF_DOCUMENT_TOKEN_TO_BE_REPLACED

This feature require that you enable JavaScript in your browser.
END_OF_DOCUMENT_TOKEN_TO_BE_REPLACED

This feature require that you enable JavaScript in your browser.
END_OF_DOCUMENT_TOKEN_TO_BE_REPLACED