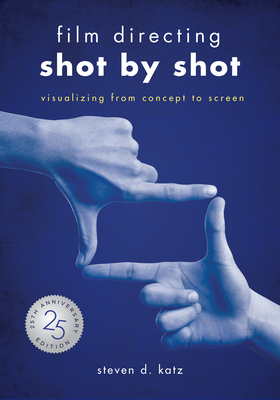 Shot by Shot is the world's go-to directing book, now newly updated for a special 25th Anniversary edition The first edition sold over 250,000 copies, making it one of the bestselling books on film di-recting of all time. Aspiring directors, cinematographers, editors, and producers, many of whom are now working professionals, learned the craft of visual storytelling from Shot by Shot, the most com-plete source for preplanning the look of a movie. The book contains over 800 photos and illustrations, and is by far the most comprehensive look at shot design in print, containing storyboards from movies such as Citizen Kane, Blade Runner, Dead-pool, and Moonrise Kingdom. Also introduced is the concept of A, I, and L patterns as a way to sim-plify the hundreds of staging choices facing a director in every scene. Shot by Shot uniquely blends story analysis with compositional strategies, citing examples then il-lustrated with the storyboards used for the actual films. Throughout the book, various visual ap-proaches to short scenes are shown, exposing the directing processes of our most celebrated au-teurs -- including a meticulous, lavishly illustrated analysis of Steven Spielberg's scene design for Empire of the Sun.

This feature require that you enable JavaScript in your browser.
END_OF_DOCUMENT_TOKEN_TO_BE_REPLACED

This feature require that you enable JavaScript in your browser.
END_OF_DOCUMENT_TOKEN_TO_BE_REPLACED

This feature require that you enable JavaScript in your browser.
END_OF_DOCUMENT_TOKEN_TO_BE_REPLACED