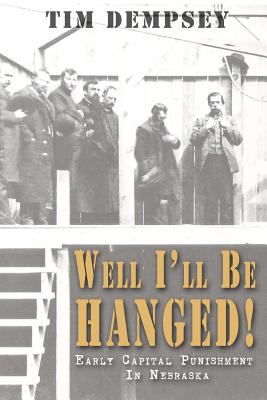 By Tim Dempsey
$16.95
usually available in 3-7 days
(This is a special order book which cannot be returned.)

Sam Richards was more than likely Nebraska's first serial killer. Among his many victims were a mother and her three children who were savagely beaten to death. In 1879, Richards was hung for his crimes in Kearney County, Nebraska, and his skull eventually placed on display in the window of the local newspaper. George Morgan was a pedophile who raped and then choked an eleven year old to death on November 3, 1895 in Omaha. Morgan was hung in Douglas County, Nebraska in 1897. From 1867, when Nebraska became a state, until 1897, fourteen convicted killers were condemned to their fate on a gallows erected in county jail yards across the state. Thirteen of these doomed men died at the hands of a county sheriff and one was executed by a United States Marshal. This book looks at all fourteen of these cases. They represent the workings of Nebraska's criminal justice system in the late nineteenth century, and the men that made it work.

This feature require that you enable JavaScript in your browser.
END_OF_DOCUMENT_TOKEN_TO_BE_REPLACED

This feature require that you enable JavaScript in your browser.
END_OF_DOCUMENT_TOKEN_TO_BE_REPLACED

This feature require that you enable JavaScript in your browser.
END_OF_DOCUMENT_TOKEN_TO_BE_REPLACED