Speeches that Changed the World (Paperback) 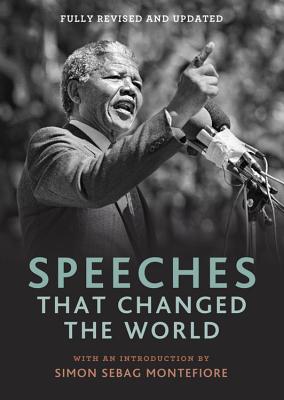 By Simon Sebag Montefiore
$16.99
Special Order - may be out of print

Speeches that Changed the World presents over 50 momentous and thought-provoking speeches from throughout history. Complete with a brief biography of each speaker, and telling the story of why each oration was significant and what happened as a result, this is a gripping history of the world told through its greatest and most impassioned speeches.
Comprehensively updated with many new speeches including Earl Spencer's lament to "The extraordinary and irreplaceable Diana", Nikita Khrushchev's secret speech of 1956 signalling the beginning of the end of Stalinist Russia, Patrick Pearse's rousing funeral oration that fanned the flames of the Easter Rising, Kevin Rudd's historic apology to Australia's mistreated Aborigines and Barack Obama's momentous US election night victory speech.

Simon Sebag Montefiore was born in 1965 and read history at Gonville & Caius College, Cambridge University. Catherine the Great & Potemkin was shortlisted for the Samuel Johnson, Duff Cooper, and Marsh Biography Prizes. Stalin: The Court of the Red Tsar won the History Book of the Year Prize at the British Book Awards. Young Stalin won the Costa Biography Award (UK), the LA Times Book Prize for Biography (US), Le Grand Prix de la Biographie Politique (France) and the Kreisky Prize for Political Literature (Austria). He lives with his wife, the novelist Santa Montefiore, and their two children in London.

This feature require that you enable JavaScript in your browser.
END_OF_DOCUMENT_TOKEN_TO_BE_REPLACED

This feature require that you enable JavaScript in your browser.
END_OF_DOCUMENT_TOKEN_TO_BE_REPLACED

This feature require that you enable JavaScript in your browser.
END_OF_DOCUMENT_TOKEN_TO_BE_REPLACED