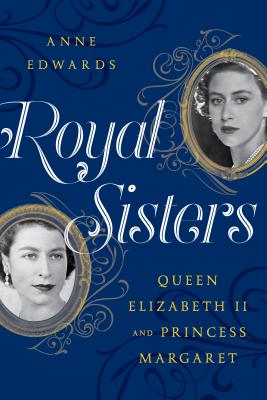 In Royal Sisters, Anne Edwards, author of the best-selling Vivien Leigh: A Biography and Matriarch: Queen Mary and the House of Windsor, has written the first dual biography of Elizabeth, the princess who was to become Queen, and her younger sister, Margaret, who was to be her subject. From birth to maturity, they were the stuff of which dreams are made. "I'm three and you're four," the future Queen, then a child, imperiously informed her sister. The younger girl, not understanding this reference to their position in the succession, proudly countered, "No, you're not. I'm three, you're seven." The royal sisters had no choice in their historic positions, but behind the palace gates and within the all-too-human confines of their personalities, they displayed tremendous individuality and suffered the usual symptoms of sibling rivalry. Royal Sisters provides an unprecedented and intimate portrait of these most famous siblings during their formative and dramatic youthful years. It is also one of the twentieth century's most fascinating stories of sisterly loyalty. Edwards's book is an honest look at how the royal sisters feel toward each other, their parents, their close relations and the men whom they have loved. It openly discusses, with new insights and information, the romance of Elizabeth and Philip and the tragic aborted love affair between Margaret and Group Captain Peter Townsend, and it has a cast of characters ranging from the youthful sisters' suitors to Winston Churchill and the entire Royal Family. It is also the story of the making of a queen, of the high drama of her situation in the Townsend affair, of the real effect their uncle's abdication had on the sisters' lives, and of the internecine feuds that have brewed within the Royal Family since that time. Brought vividly to life through the many personal interviews of close royal associates, filled with new facts, previously unpublished anecdotes and photographs, Royal Sisters is a never-before-glimpsed look at the relationship of the Queen and Princess Margaret.

In addition to being the author of Vivien Leigh: A Biography and Matriarch: Queen Mary and the House of Windsor, Anne Edwards has written numerous other biographies, including Sonya: The Life of Countess Tolstoy, Road to Tara: The Life of Margaret Mitchell and Early Reagan: The Rise to Power.

This feature require that you enable JavaScript in your browser.
END_OF_DOCUMENT_TOKEN_TO_BE_REPLACED

This feature require that you enable JavaScript in your browser.
END_OF_DOCUMENT_TOKEN_TO_BE_REPLACED

This feature require that you enable JavaScript in your browser.
END_OF_DOCUMENT_TOKEN_TO_BE_REPLACED