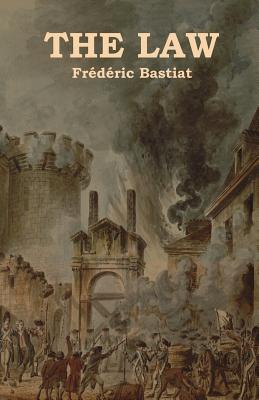 By Frédéric Bastiat
Email or call for price.

Claude-Fr d ric Bastiat (29 June 1801 - 24 December 1850) was a French economist and writer who was a prominent member of the French Liberal School.

Bastiat developed the economic concept of opportunity cost and introduced the parable of the broken window. He was also a Freemason and member of the French National Assembly.

As an advocate of classical economics and the economics of Adam Smith, his views favored a free market and influenced the Austrian School.

Bastiat's most famous work is The Law, originally published as a pamphlet in 1850. It defines a just system of laws and then demonstrates how such law facilitates a free society.

In The Law, he wrote that everyone has a right to protect "his person, his liberty, and his property". The state should be only a "substitution of a common force for individual forces" to defend this right. "Justice" (defense of one's life, liberty and property) has precise limits, but if government power extends further into philanthropic endeavors, then government becomes so limitless that it can grow endlessly. The resulting statism is "based on this triple hypothesis: the total inertness of mankind, the omnipotence of the law, and the infallibility of the legislator". The public then becomes socially engineered by the legislator and must bend to the legislators' will "like the clay to the potter"

Socialism, like the ancient ideas from which it springs, confuses the distinction between government and society. As a result of this, every time we object to a thing being done by government, the socialists conclude that we object to its being done at all. We disapprove of state education. Then the socialists say that we are opposed to any education. We object to a state religion. Then the socialists say that we want no religion at all. We object to a state-enforced equality. Then they say that we are against equality. And so on, and so on. It is as if the socialists were to accuse us of not wanting persons to eat because we do not want the state to raise grain. I do not dispute their right to invent social combinations, to advertise them, to advocate them, and to try them upon themselves, at their own expense and risk. But I do dispute their right to impose these plans upon us by law - by force - and to compel us to pay for them with our taxes.

Bastiat posits that the law becomes perverted when it punishes one's right to self-defense (of his life, liberty and property) in favor of another's right to "legalized plunder", which he defines as "if the law takes from some persons what belongs to them, and gives it to other persons to whom it does not belong. See if the law benefits one citizen at the expense of another by doing what the citizen himself cannot do without committing a crime," in which he includes the tax support of "protective tariffs, subsidies, guaranteed profits, guaranteed jobs, relief and welfare schemes, public education, progressive taxation, free credit, and public works." Bastiat was thus against redistribution. (wikipedia.org)

This feature require that you enable JavaScript in your browser.
END_OF_DOCUMENT_TOKEN_TO_BE_REPLACED

This feature require that you enable JavaScript in your browser.
END_OF_DOCUMENT_TOKEN_TO_BE_REPLACED

This feature require that you enable JavaScript in your browser.
END_OF_DOCUMENT_TOKEN_TO_BE_REPLACED