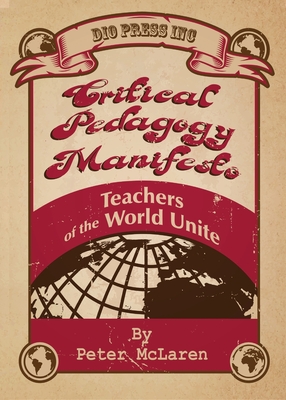 The crisis of capitalism, the ascendency of a post-truth politics, the expansive reach of an increasingly militarized surveillance state and the rampant consolidation of the Fourth Industrial Revolution characterized by a fusion of technologies have blurred the lines between the physical, digital, ideological and biological spheres. The historically generated social relations that have legitimized racism, homophobia, misogyny, misanthropy and misology have spawned a new generation of white supremacist, neo-Nazi militias and have led to a murderous assault on Black men by police and a generalized assault on people of color. The information ecosphere and the current infodemic which is promulgating the conspiracy theories that are both prolonging and intensifying the damage done by the pandemic and climate change by suggesting that the pandemic and climate change are not real, that they were created by the deep state solely for the purpose of providing cover for a further consolidation and intensification of the surveillance state, has led to a massive attack on progressive and critical educators. Bills are being created to ban the teaching of "divisive concepts" in public schools such as those related to race and gender. The teaching of the history of slavery is deemed an act of racism against white people. QAnon mythology that fabricates lies about a stolen 2020 election, and that Satan-worshipping pedaophiles are in control of the government, media and financial institutions, is fast becoming normalized within the US Republican Party and spreading to other countries. The world's masses are increasingly being transformed into 21st century compliant and self-censoring human beings who appear defenseless in the face of nationalist calls for military solutions to global problems, of white supremacist chauvinistic attacks on people of color and of narratives championing nationalism, isolationism, and fascism. For four decades Peter McLaren has been writing about these world-historical developments and urging educators to seek a socialist alternative. In the performative style that has been the signature of McLaren's work, The Critic Pedagogy Manifesto is meant to remind readers what is at stake in these precarious and dangerous times and to offer armed hope in the struggle ahead.

This is vintage McLaren making use of his creative talents with humor and irony. We need more of this alternative literary presentation of ideas to make the arguments that bland statements in articles present with a straight face. McLaren leads the way.

For years, Professor Peter McLaren has followed his radical cosmopolitan path and invented an original language of critical theory and pedagogical critique, which, fundamentally, culminates in his artistic expression.....capturing the absurd days of chaos in the world's leading rogue state.

"'The poet laureate of the left' writes with characteristic aplomb to expose the realities of Trump and the very real danger of the consolidation of fascism in the US."

--Mike Cole, author of Trump, the Alt-Right and Public Pedagogies of Hate and for Fascism: What Is To Be Done?"

This feature require that you enable JavaScript in your browser.
END_OF_DOCUMENT_TOKEN_TO_BE_REPLACED

This feature require that you enable JavaScript in your browser.
END_OF_DOCUMENT_TOKEN_TO_BE_REPLACED

This feature require that you enable JavaScript in your browser.
END_OF_DOCUMENT_TOKEN_TO_BE_REPLACED