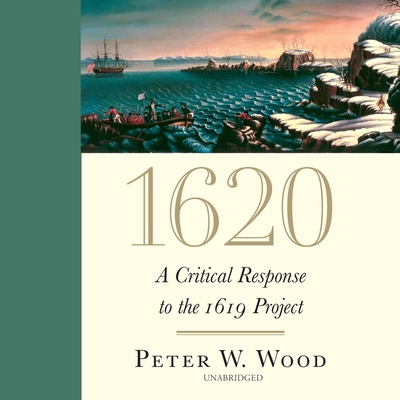 Peter Wood argues against the flawed interpretation of history found in the New York Times' 1619 Project and asserts that the true origins of American self-government were enshrined in the Mayflower compact in 1620.

Was America founded on the auction block in Jamestown in 1619 or aboard the Mayflower in 1620? The controversy erupted in August 2019 when the New York Times announced its 1619 Project. The Times set to transform history by asserting that all the laws, material gains, and cultural achievements of Americans are rooted in the exploitation of African-Americans. Historians have pushed back, saying that the 1619 Project conjures a false narrative out of racial grievance.This book sums up what the critics have said and argues that the traditional starting point for the American story--the signing of the Mayflower Compact aboard ship before the Pilgrims set foot in the Massachusetts wilderness--is right. A nation as complex as ours, of course, has many starting points, including the Declaration of Independence in 1776. But if we want to understand where the quintessential ideas of self-government and ordered liberty came from, the deliberate actions of the Mayflower immigrants in 1620 count much more than the near accidental arrival in Virginia fifteen months earlier of a Portuguese slave ship commandeered by English pirates.Schools across the country have already adopted The Times' radical revision of history as part of their curricula. The stakes are high. Should children be taught that our nation is, to its bone, a 400-year-old system of racist oppression? Or should we teach children that what has always made America exceptional is its pursuit of liberty and justice for all?

This feature require that you enable JavaScript in your browser.
END_OF_DOCUMENT_TOKEN_TO_BE_REPLACED

This feature require that you enable JavaScript in your browser.
END_OF_DOCUMENT_TOKEN_TO_BE_REPLACED

This feature require that you enable JavaScript in your browser.
END_OF_DOCUMENT_TOKEN_TO_BE_REPLACED