Beyond Valor: A World War II Story of Extraordinary Heroism, Sacrificial Love, and a Race Against Time (MP3 CD) 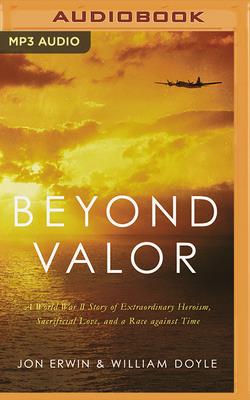 By Jon Erwin, William Doyle, Zach Hoffman (Read by)
$26.99
Special Order - may be out of print

On April 12, 1945, a fleet of American B-29 bombers flew toward Japan. Their mission was simple: stop World War II by burning the cities, factories, and military bases of the Japanese empire, thereby forcing an unconditional surrender. Yet the mission did not go as planned. On board one of the B-29s, the City of Los Angeles, a phosphorus bomb detonated inside the plane. Staff Sergeant Henry E. "Red" Erwin absorbed the blast of burning phosphorus yet managed to throw overboard the still-flaming bomb, before collapsing from the third-degree burns over much of his body.

This feature require that you enable JavaScript in your browser.
END_OF_DOCUMENT_TOKEN_TO_BE_REPLACED

This feature require that you enable JavaScript in your browser.
END_OF_DOCUMENT_TOKEN_TO_BE_REPLACED

This feature require that you enable JavaScript in your browser.
END_OF_DOCUMENT_TOKEN_TO_BE_REPLACED