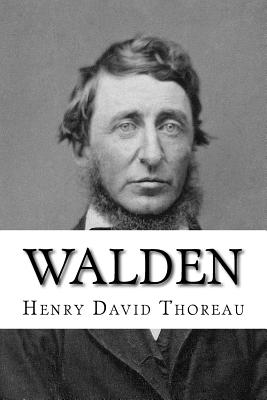 Walden is a book by noted transcendentalist Henry David Thoreau. The text is a reflection upon simple living in natural surroundings. The work is part personal declaration of independence, social experiment, voyage of spiritual discovery, satire, and-to some degree-a manual for self-reliance. First published in 1854, Walden details Thoreau's experiences over the course of two years, two months, and two days in a cabin he built near Walden Pond amidst woodland owned by his friend and mentor Ralph Waldo Emerson, near Concord, Massachusetts. Thoreau used this time to write his first book, A Week on the Concord and Merrimack Rivers. The experience later inspired Walden, in which Thoreau compresses the time into a single calendar year and uses passages of four seasons to symbolize human development. The book can be seen as performance art, a demonstration of how easy it can be to acquire the four necessities of life. Once acquired, he believed people should then focus their efforts on personal growth. By immersing himself in nature, Thoreau hoped to gain a more objective understanding of society through personal introspection. Simple living and self-sufficiency were Thoreau's other goals, and the whole project was inspired by transcendentalist philosophy, a central theme of the American Romantic Period. Thoreau makes precise scientific observations of nature as well as metaphorical and poetic uses of natural phenomena. He identifies many plants and animals by both their popular and scientific names, records in detail the color and clarity of different bodies of water, precisely dates and describes the freezing and thawing of the pond, and recounts his experiments to measure the depth and shape of the bottom of the supposedly "bottomless" Walden Pond.