Basically Bipolar: Laughing Maniacally Through the Dark Delirium of a Polar Winter . . . or Two (Paperback) 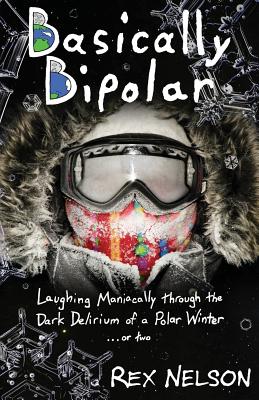 By Rex Nelson
$14.99
Special Order - may be out of print
(This is a special order book which cannot be returned.)

At some point you'll think, "These people are nuts," and you'll be right. You may find yourself suddenly glad for the little things in life, like sunlight (a big little thing) or above-zero temperatures (equally appreciable). What you might not know is that the lack of these things can drive a person nuts. Or in this case, more nuts.

That's the road five guys have chosen as they spend an isolated winter together at the summit of the Greenland ice cap. Throw in colossal special effects, a twisting murder mystery, spontaneous combustion, a bit of climate change science, and the longest car chase ever captured in print and you have Basically Bipolar.

Truth be told, none of that actually occurs within these pages (except the bit of climate change science--apologies), but they're likely to be occurring at any given moment in the knife-edge-of-sanity mindset of the protagonist, whom you get to laugh at as he loses his marbles.

Don't worry, he knows he'll survive because he's done this before--in Antarctica--and he willingly chose to do it again, so it's really his own damn fault. To assuage your concern and spoil the ending, eventually he gets to leave.

This feature require that you enable JavaScript in your browser.
END_OF_DOCUMENT_TOKEN_TO_BE_REPLACED

This feature require that you enable JavaScript in your browser.
END_OF_DOCUMENT_TOKEN_TO_BE_REPLACED

This feature require that you enable JavaScript in your browser.
END_OF_DOCUMENT_TOKEN_TO_BE_REPLACED