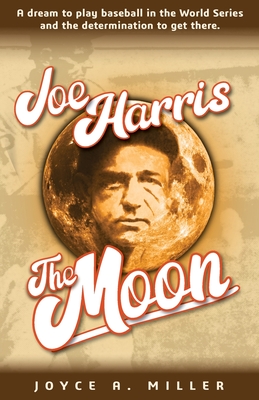 Joe Harris' journey begins in the coal mines of southwestern Pennsylvania at the beginning of the Twentieth Century. Recruited by professional baseball scouts to play first base in the minor leagues, Joe gets his nickname "the Moon" and his big break to play for the Cleveland Indians. His tenure in the major leagues is cut short by the First World War where Joe is severely injured in an ambulance accident. When Joe returns from Europe and leaves the Indians to play in an outlaw league, he is given a second chance to play organized baseball. Determined to realize his dream, Joe bats for the Pittsburgh Pirates against Babe Ruth's New York Yankees in the 1927 World Series. Will Joe's injuries from the war intertwined with the financial problems of the Depression compel him to retire from baseball?

This feature require that you enable JavaScript in your browser.
END_OF_DOCUMENT_TOKEN_TO_BE_REPLACED

This feature require that you enable JavaScript in your browser.
END_OF_DOCUMENT_TOKEN_TO_BE_REPLACED

This feature require that you enable JavaScript in your browser.
END_OF_DOCUMENT_TOKEN_TO_BE_REPLACED