Wilderness Empire: A Story of the Iroquois Confederacy (Paperback) 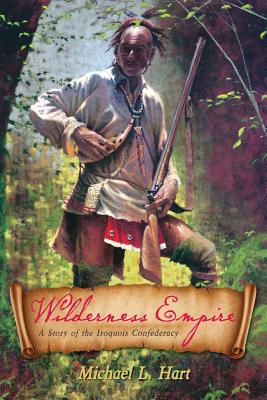 This is a story of the rise and fall of the wilderness empire of the Iroquois Confederacy. This is a story of powerful Indigenous confederacies and alliances, and the struggles for territory and dominance between Indigenous coalitions and the empirical powers of the Netherlands, France, and Britain in eastern North America. Central to this story are the five tribes of the Mohawk, Oneida, Onondaga, Cayuga and Seneca. Centuries before Europeans found their way to eastern North America, the five tribes accepted the message of the Great Binding Law brought by the Peacemaker, declared an armistice among themselves, and became known as the Haudenosaunee Confederacy. This is a story of how the Haudenosaunee Confederacy, later known as the Iroquois Confederacy, won a wilderness empire through military power and political prowess. This is also the story of how, confronted by overwhelming pressure from European encroachment, the Iroquois fell from princes of wilderness empire to refugees in their ancestral lands. This is a story of intelligent military strategy and bold diplomacy of Indigenous leaders that altered the history of European empires and shaped the cultural and political landscape of present-day eastern North America. The story of Wilderness Empire is a timely book release in this year of celebration of Canada's 150th birthday.

This feature require that you enable JavaScript in your browser.
END_OF_DOCUMENT_TOKEN_TO_BE_REPLACED

This feature require that you enable JavaScript in your browser.
END_OF_DOCUMENT_TOKEN_TO_BE_REPLACED

This feature require that you enable JavaScript in your browser.
END_OF_DOCUMENT_TOKEN_TO_BE_REPLACED