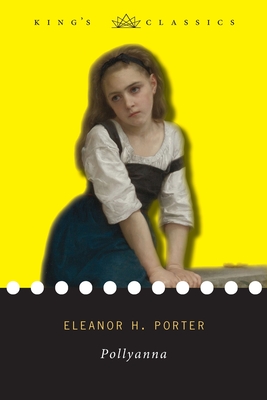 Pollyanna Whittier is a young orphan who goes to live in Beldingsville, Vermont, with her wealthy but stern Aunt Polly, who does not want to take in Pollyanna, but feels it is her duty to her late sister. Pollyanna has an optimistic and positive attitude, finding something to be glad about in every situation, no matter how bleak it may be. Pollyanna infectious attitude transforms the people around her, but her optimism is put to the test when the unthinkable happens.

Pollyanna is a best-selling 1913 novel by Eleanor H. Porter that is now considered a classic of children's literature, with the title character's name becoming a popular term for someone with the same very optimistic outlook. Also, the subconscious bias towards the positive is often described as the Pollyanna principle. Pollyanna has been adapted for film several times, including Disney's 1960 version starring child actress Hayley Mills, who won a special Oscar for the role.

This feature require that you enable JavaScript in your browser.
END_OF_DOCUMENT_TOKEN_TO_BE_REPLACED

This feature require that you enable JavaScript in your browser.
END_OF_DOCUMENT_TOKEN_TO_BE_REPLACED

This feature require that you enable JavaScript in your browser.
END_OF_DOCUMENT_TOKEN_TO_BE_REPLACED