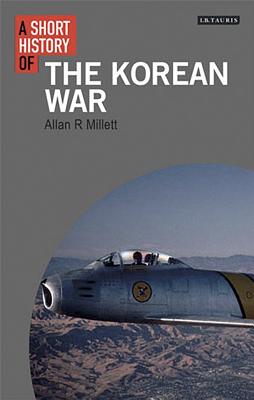 Though the tensions with North Korea are well known, less widely understood is how far the critical issues facing the two modern Korean states are rooted in the deadly conflict of 1950-1953. Allan R Millett demonstrates how today's geopolitical problems must be seen in the context of the battlefields of Korea. As one of the world's foremost authorities on the Korean War, he argues that the fighting stemmed from two key historic events: the communist revolution in China, and the successful reform of postwar Japan. Korea became a strategic frontier between two great Asian rivals: a rivalry that endures. He examines the actual outbreak of hostilities, when the intervention of the USSR and the USA transformed, almost by accident, a localized civil war into an international conflagration. He explores the near-defeat by the North's forces of the South Korean and American armies fighting under UN command. He describes the UN's counteroffensive at Inchon and the breakout from the 'Pusan Perimeter'. Describing the bitter land campaigns and the fiercely-contested war in the air between MiG-15s and F-86 Sabres, this vibrant introduction will attract students of history, military history and international relations.

Allan R Millett is Raymond E Mason Professor Emeritus of History at Ohio State University and Stephen Ambrose Professor of Military History and Director of the Eisenhower Center for American Studies at the University of New Orleans. His books include The War for Korea: They Came from the North, 1950-1951 (awarded the Harry S Truman Book Award for 2012), Military Effectiveness (3 vols) and The Korean War.

This feature require that you enable JavaScript in your browser.
END_OF_DOCUMENT_TOKEN_TO_BE_REPLACED

This feature require that you enable JavaScript in your browser.
END_OF_DOCUMENT_TOKEN_TO_BE_REPLACED

This feature require that you enable JavaScript in your browser.
END_OF_DOCUMENT_TOKEN_TO_BE_REPLACED