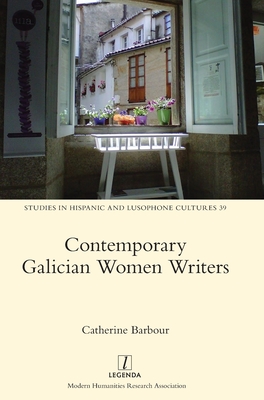 By Catherine Barbour
$99.00
usually available in 3-7 days
(This is a special order book which cannot be returned.)

Galician literature has historically played an integral role in the consolidation of Galician identity. Yet female novelists writing in Galician have only managed to achieve visibility in the Galician cultural sphere as recently as the turn of the twenty-first century; their contemporaries who opt to write in Spanish, moreover, are generally overlooked. This foundational study of contemporary narrative by Galician women in both languages examines the work of writers with disparate and often conflicting political and linguistic ideologies: Teresa Moure (b. 1969), Luisa Castro (b. 1966) and Marta Rivera de la Cruz (b. 1970). Catherine Barbour argues that the diverse manifestations of Galician identity in their novels, which defy institutional parameters in terms of language, politics and gender, suggest the need for a more porous understanding of Galician literature and identity that reflects the plurality of the Galician experience.

Catherine Barbour is Lecturer in Spanish at the University of Surrey.

This feature require that you enable JavaScript in your browser.
END_OF_DOCUMENT_TOKEN_TO_BE_REPLACED

This feature require that you enable JavaScript in your browser.
END_OF_DOCUMENT_TOKEN_TO_BE_REPLACED

This feature require that you enable JavaScript in your browser.
END_OF_DOCUMENT_TOKEN_TO_BE_REPLACED