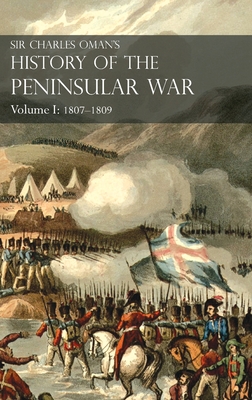 From the Treaty of Fontainebleau to the Battle of Corunna

The first part of Sir Charles Oman's classic history provides the background to the war and its origins, and covers the early stages of the conflict. Introducing the subject and many of its main players, this volume recounts the French invasion of Portugal and the forcible deposition of the Spanish royal family, the beginning of Spanish popular resistance, the arrival of the British in the Iberian Peninsula, the first victories of Sir Arthur Wellesley (the future Duke of Wellington), Napoleon's personal participation in the Spanish campaign, the French surrender at Baylen, and Sir John Moore's terrible retreat, ending with his death in the hour of victory at the Battle of Corunna.

This feature require that you enable JavaScript in your browser.
END_OF_DOCUMENT_TOKEN_TO_BE_REPLACED

This feature require that you enable JavaScript in your browser.
END_OF_DOCUMENT_TOKEN_TO_BE_REPLACED

This feature require that you enable JavaScript in your browser.
END_OF_DOCUMENT_TOKEN_TO_BE_REPLACED