Sir Charles Oman's History of the Peninsular War Volume II: Volume II: January to September 1809 From The Battle of Corunna to the end of The Talavera (Hardcover) 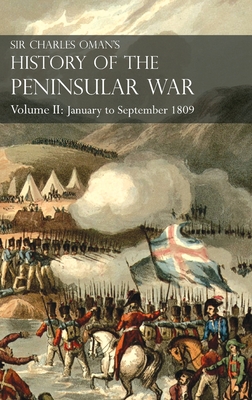 The fate of the Iberian Peninsula was very much in the balance during the period January-September 1809, when it seemed all too possible that Napoleon would achieve control over Spain and Portugal. This volume covers the continuing Spanish resistance to French occupation, the renewed French invasion of Portugal, and the return to the Peninsula and subsequent victories of Sir Arthur Wellesley, including his outmanoeuvring of the French from Oporto and culminating in the hard-fought victory at Talavera.

This feature require that you enable JavaScript in your browser.
END_OF_DOCUMENT_TOKEN_TO_BE_REPLACED

This feature require that you enable JavaScript in your browser.
END_OF_DOCUMENT_TOKEN_TO_BE_REPLACED

This feature require that you enable JavaScript in your browser.
END_OF_DOCUMENT_TOKEN_TO_BE_REPLACED