Pertinax: The Son of a Slave Who Became Roman Emperor (Hardcover) 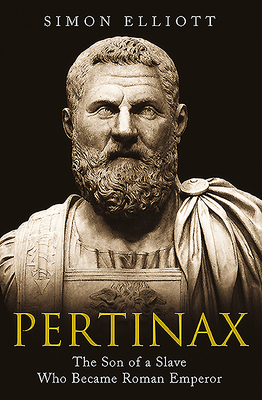 The son of a former slave, Pertinax was the Roman Emperor who proved that no matter how lowly your birth, you could rise to the very top through hard work, grit and determination.

Born in AD 126, he made a late career change from working as a grammar teacher to a position in the army. As he moved up the ranks and further along the aristocratic cursus honorum, he took on many of the most important postings in the Empire, from senior military roles in fractious Britain, the Marcomannic Wars on the Danube, to the Parthian Wars in the east. He held governorships in key provinces, and later consulships in Rome itself. When Emperor Commodus was assassinated on New Year's Eve AD 192/193, the Praetorian Guard alighted on Pertinax to become the new Emperor, expecting a pliable puppet who would favour them with great wealth. But Pertinax was nothing of the sort and when he then attempted to reform the Guard, he was assassinated. His death triggered the beginning of the 'Year of the Five Emperors' from which Septimius Severus, Pertinax's former mentoree, became the ultimate victor and founder of the Severan Dynasty.

This previously untold story brings a fascinating and important figure out of the shadows. A self made everyman, a man of principle and ambition, a role model respected by his contemporaries who styled himself on his philosophizing predecessor and sometime champion Marcus Aurelius, Pertinax's remarkable story offers a unique and panoramic insight into the late 2nd century AD Principate Empire.

This feature require that you enable JavaScript in your browser.
END_OF_DOCUMENT_TOKEN_TO_BE_REPLACED

This feature require that you enable JavaScript in your browser.
END_OF_DOCUMENT_TOKEN_TO_BE_REPLACED

This feature require that you enable JavaScript in your browser.
END_OF_DOCUMENT_TOKEN_TO_BE_REPLACED