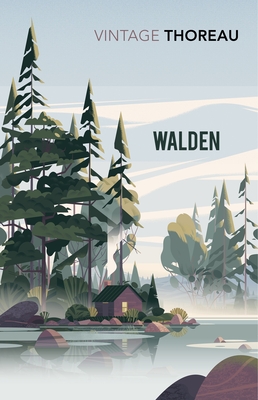 In 1845, the American Transcendentalist philosopher Henry David Thoreau went to live in the woods near his hometown of Concord, Massachusetts. For over two years he resided there largely in solitary, in a small cabin built by his own hands. Walden is his personal account of this time, in which he documents both his passion for the landscape and wildlife of Walden Pond, and his philosophical and political motivations for rejecting the materialism which continues to define not only America, but much of the modern world.

Henry David Thoreau was born in 1817 in Concord, Massachusetts, the town where he would live for most of his life. Along with Ralph Waldo Emerson, he is the most famous of the American Transcendentalists, a group of philosophical thinkers who frequently explored the relationship between human beings and the natural world. He was educated at Harvard, and over the course of his life took on a number of different occupations, including lead-pencil maker, schoolteacher and surveyor.

Thoreau was outspokenly critical of the American government, fervently opposed to slavery, and an advocate of passive resistance. Whilst Walden (1854) is his best-known work, his 1849 essay ‘Civil Disobedience’ has inspired non-violent political activists the world over, including Mahatma Ghandi and Martin Luther King Jr, and his nature writings are considered ground-breaking works in ecology. He died in his hometown of Concord in 1862.

"A lovely read . . . Thoreau was ahead of his time, right down to his hipster beard." —Lauren Laverne, The Pool

"It is as philosophy, as one of the great self-help books, as a spiritual message, that is Walden at its most powerful." —Washington Post

This feature require that you enable JavaScript in your browser.
END_OF_DOCUMENT_TOKEN_TO_BE_REPLACED

This feature require that you enable JavaScript in your browser.
END_OF_DOCUMENT_TOKEN_TO_BE_REPLACED

This feature require that you enable JavaScript in your browser.
END_OF_DOCUMENT_TOKEN_TO_BE_REPLACED