The Neoliberal Age?: Britain Since the 1970s (Paperback) 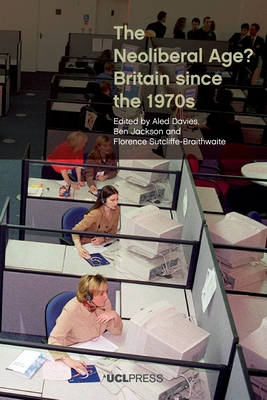 A new history of British neoliberalism that looks beyond right-wing actors.

The rise of British neoliberalism—a renewed emphasis on privatization and market-oriented economics—over the last fifty years is often characterized as the product of right-wing political economists, think tanks, and politicians. The Neoliberal Age? argues that this pat narrative ignores broader forces in British left-wing culture that collaborated to transform twentieth-century social life. Through a variety of case studies, the authors demonstrate that our austere, individualistic age emerged from more complex sociopolitical negotiations than typically described.

This feature require that you enable JavaScript in your browser.
END_OF_DOCUMENT_TOKEN_TO_BE_REPLACED

This feature require that you enable JavaScript in your browser.
END_OF_DOCUMENT_TOKEN_TO_BE_REPLACED

This feature require that you enable JavaScript in your browser.
END_OF_DOCUMENT_TOKEN_TO_BE_REPLACED