Ghostbusters: Afterlife: The Art and Making of the Movie (Hardcover) 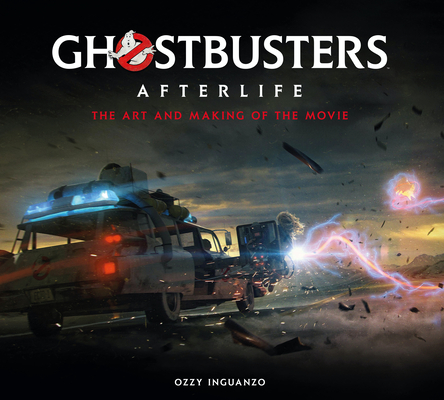 Delve into the world of Ghostbusters: Afterlife in this glossy hardback filled with concept art, photography, and interviews with the cast and crew.

This lavish hardback explores the creative spirit and remarkable legacy behind the film, providing in-depth insider access to its development and production. Experience the journey from script to screen through an extensive collection of behind-the-scenes images and designs including concept art, storyboards, sketches, and models—showcasing the unique process of capturing the spirit of the original film through new and iconic visuals, creatures, costumes, props, and one of the most beloved vehicles in cinema history. Accompanying hundreds of stunning images are exclusive insights from key creatives, including writer/director Jason Reitman, producer Ivan Reitman, the production designer, cinematographer, costume designer, visual effects designer, and the special makeup & live action creature effects designer—making it the ultimate movie companion for fans and film lovers alike.

Ozzy Inguanzo is a Cuban-American screenwriter, filmmaker, and recipient of a 2019 Writers Guild of America Award. In addition to his visual development and consulting work on Ghostbusters: Afterlife, he has also contributed to a number of other films, including Ford v Ferrari, Logan, The Wolverine, and the original Spider-Man trilogy. He is the author of Zombies on Film: The Definitive Story of Undead Cinema and Constructing Green Lantern: From Page to Screen.

This feature require that you enable JavaScript in your browser.
END_OF_DOCUMENT_TOKEN_TO_BE_REPLACED

This feature require that you enable JavaScript in your browser.
END_OF_DOCUMENT_TOKEN_TO_BE_REPLACED

This feature require that you enable JavaScript in your browser.
END_OF_DOCUMENT_TOKEN_TO_BE_REPLACED