The Young Citizen's Reader: How Government Works - Elections State and Federal, the Public Sector, and the Law of the US Constitution (Paperback) 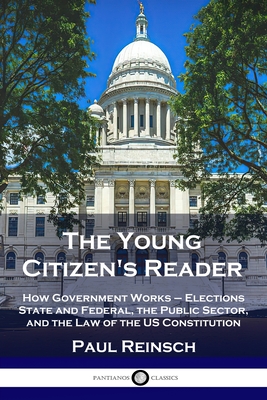 This excellent guide explains the workings of the modern US government for younger readers, discussing the basic duties, public services, and social responsibilities that belong to the government.

The author begins by emphasizing how his book is merely an overview designed to give young Americans insight into the functions of the government. Examples include protection of the country through its armed forces, the maintenance of its roads, the establishment of education and the management of infrastructure projects. Additionally we examine the postal service, and the administration of public lands such as national parks and government property.

In the second part of the book we learn about the organization of the government. The different roles delegated to the national government are contrasted to those assigned to the state government, while local governments of small towns and provinces also differ. Elections determine who will govern the country, whether it is a local councilor, a state representative, or a member of the federal Congress based in Washington.

Finally, we examine the U.S. Constitution, and learn how its passages set out the roles and limitations to government power.

This feature require that you enable JavaScript in your browser.
END_OF_DOCUMENT_TOKEN_TO_BE_REPLACED

This feature require that you enable JavaScript in your browser.
END_OF_DOCUMENT_TOKEN_TO_BE_REPLACED

This feature require that you enable JavaScript in your browser.
END_OF_DOCUMENT_TOKEN_TO_BE_REPLACED