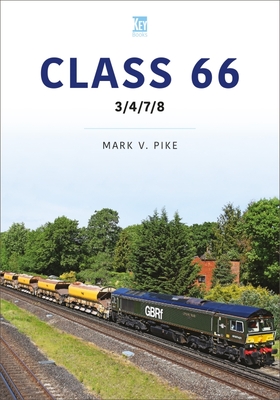 In the late 1990s, English, Welsh and Scottish Railway (EWS) had led the way with their Class 66s. As other operators followed suit, it was decided to distinguish the locomotives based on their operator. EWS's initial locomotives became 66/0. The Class 66/3/4/7/8 came soon after. Initially owned by Fastline Freight, the 66/3s were eventually added to Direct Rail Services' (DRS) fleet. The 66/4s were originally used by DRS, but they were then bounced around between GB Railfreight (GBRf), Freightliner and Colas Railfreight. GBRf was also the operator of the 66/7s. The 66/8s were also moved around several operators, including Colas, GBRf, DRS and Freightliner. After almost 25 years of service, these locomotives have proved worthwhile investments, with very few failures or mechanical issues. There has also been some good livery variation with the 66/7s in particular hosting a range of more unusual and colorful designs. With over 200 images, this book looks at Class 66 sub-variants 3/4/7/8 as they hauled trains around the country.

This feature require that you enable JavaScript in your browser.
END_OF_DOCUMENT_TOKEN_TO_BE_REPLACED

This feature require that you enable JavaScript in your browser.
END_OF_DOCUMENT_TOKEN_TO_BE_REPLACED

This feature require that you enable JavaScript in your browser.
END_OF_DOCUMENT_TOKEN_TO_BE_REPLACED